Africa today has one billion people. The growth rate of many countries remains high or is improving to a point where it attracts many investors. The population is young and has more and more access to education and information. The threshold paradox of poverty which is currently rampant due to the long tradition of inequality divided within the distribution of the outcomes of countries’ economies which shows the impact of the political priorities on global strategies on development and change. Despite these contrasting indicators, Africa remains a region where the business potential is invaluable both by the quality and the number of initiatives to seize.

The continent has longed been finger pointed because of the lack of rigorous management notably the number of fund detours and other abuse. However, the continent is experiencing a new guided renaissance by a generation of people which the reality and the competencies offer the possibility for improvement and the reduction of waste in the political, economical and social structure.

Several tools from learning beyond limits can be revealed for the implementation of strategies of affirmation as it seems that in a liberalized market, the development is not enough. We have to be efficient, effective and competitive no matter its resources and capital. Among its tools, low cost companies and crowdfunding (financing realized by a number of small investors who are participative actors) adapted and associated to domestic practices which can give birth to hybrid and competitive entities. Being open minded is more than recommended. Here again, rather than planned development, the agile philosophie used by ‘dynamic strategies’, to create the useful applications for the African renaissance. Remember, the statement goes further than the simple catch-up of underdevelopment. We have to define also or to highlight the ‘Lean intention’ that should accompany any company that is part of the nascent movement that must be printed in the minds of the new players on the continent. The effort of change and affirmation is substantial out of conditioning of dependence and condescension that have long been an obstacle to the natural growth of a rich civilization.

The first mechanism that can be leveraged is the formation of low-cost companies that respects our economic level. After the splendor of national companies of the post-independence era of the formerly colonized countries, it is time for the simplicity and the efficiency of the structures which are concerned with the profitability for a large mass of individuals in place of the interests barely veiled of a wealthy minority. Financed by popular and community savings under the crowdfunding model, they find a fresh source of useful capital where assets can be converted into tangible ownings for investors or in the form of loans repayable at the end of a cycle of economic initiative (by project or other) to create wealth. It is not a retirement savings but a regular investment in an economic initiative. Alternative to the direct bank credit reserved for elaborate projects and the micro credit at high interest rate, this common investment fund united by popular savings can be put directly at the disposal to entrepreneurs also gathered in community for a use of having right proportional to the participatory amount subscribed on the model this time of the “tontine”, commonly practiced on the continent. The asset capital of these popular savings funds, based on safe stocks (real estate, business share of the classical economy, metal prices, etc.) collected by integrated communities, can also be used as classical bank loans which depending on the projects are cyclical (as a function of the projects) to members of the entrepreneurial community with banks, and this leverage could help to give life to an ethical credit system where interest would not be inevitably practiced and the entrepreneurs would be responsible for their loans. The investor community acting as guarantors and not co-borrower with banking institutions. These new low cost African companies founded by poor assets or assets that are poor (depending) owned by small carriers in crowdfunding financing via reliable and honest operators defined within the framework of new economic structures would serve as an example for others structures around the world to replace publicly traded pension funds that are the source of many crises. This tangible investment is the investment of a community that constitutes a common heritage: assets for all.

The agile development of software or innovative products requires a necessary exit from the traditional framework of thought, a synergy between the actors and the mastery of a process based on several iterations and increments. Without changing the word, but from a socio-economic optic, the continent’s agile development could go through these parameters and trace new and unknown stages in the planning and predictions of the major financial institutions, the World Bank and the IMF. Agility in state management would allow for more flexibility in the allocation of resources to create wealth more effectively by selecting a portfolio of economic initiatives and then sharing revenue from these resources equitably to develop infrastructure (road network, energy, water etc.) and improve society (health, education, poverty). The political leader becomes the leader of a large company that wishes to release, in an efficient and enlightened manner, a product maximized each fiscal year. The point is to keep in mind the perpetual adaptation to the changing environments of the economy, the contexts of human consciousness and an evolving internal reference guide baptized at this level of evolution of “lean intention” or simple faith (in the sense of a simple attitude).

The “Lean intention” is the simple fact, lean intention, or fat-free intention of systematic, systemic thinking and theories and practices to produce quality. It is a pragmatism and an effective self-realization driven to a high level of accomplishment. It is a mix of truth of the ground (adaptation), lived experience (competence) and preparation for the unknown (contingency). A continuous conciliation of multiple spatial dimensions (length, width, height), temporal (past, future, present) human (body, mind, soul) and spiritual (haqq, sharia, taslim) combined. The lean intention is to get rid of its comforts of design and conditioned automatism to be able to react at all times to the environment (economic) while respecting one’s deep conviction (destiny of the company or even the country). It’s an agile vision of lean and a lean application of agility.

As we can see, the new challenges posed by the economy to the regions of the world and especially Africa call for a constant adaptation of tools, methods and know-how for a greater resonance with the evolution of consciousness and even more of the Creation. 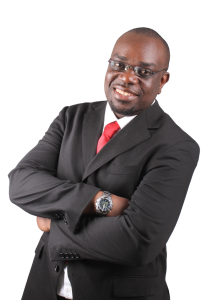